Episode 9: Is this the fear that's holding you back?

"Feel the fear and do it anyway". You've heard it, you get it, you understand it, you feel it and you wish you could just do it. If you're familiar with this phrase however you're struggling to make the moves, takes the action and actually achieve the things that you want in your business, then this might just be the fear that's holding you back.

Perfectionism holds more business owners back than many people realise, people think that perfectionism means you work on something until it's perfect when in fact, perfectionism means that we actually just don't feel like we're good enough and we're constantly falling short of our own high expectations.

In this weeks episode of The Business of Perfectionism I wanted to chat to you about one of the most common fears I see perfectionists and business owners back - the fear of not being enough.

Hello and welcome to another episode of The Business of Perfectionism, my name is Kristy and I am a Business, Marketing and Social Media coach and mentor helping creative entrepreneurs overcome perfectionism so they can build businesses that create impact and income.

Today I wanted to chat about fear, and in particular, one fear that is affecting so many people but they may not really know what it is.

Fear comes up for everyone, we will all experience fear to some degree within our business many times over,

So we know fear is normal and it’s not a bad thing, but what we want to do it to try and understand that fear and where it’s coming from and if it’s a true fear - or if it’s just your brains way of keeping you comfortable and safe

So we’ve all heard the phrase, "feel the fear and do it anyway", and if you’re someone that lives by this and and is all like ‘yep, I was scared but I just did it anyway, my desire to create xyz'

However chances are if you’re listening to this podcast, you know the phrase, you get it, you understand it, you know you really just need to do the thing and take the action, but something always holds you back, maybe that fear seems debilitating at times.

It’s the fear of not being enough.

So lets dive into that.

And lets start with a little fun fact - I love a good fun fact - and that is:

Humans are born with only two fears, the fear of falling, and loud noises, all other fears are learned behaviour.

And the exciting thing about this is, if we can learn it, it means we can unlearn it too.

Beliefs can form from what seem to be really small and maybe insignificant events also, small things or moments that happen throughout our lives that we don’t even realise at the time have an impact on us - for example, seeing someone in your life run to the other room every time a camera was pointed towards them or someone is recording and they’re saying things like:

“Don’t film me, I never take good photos, I hate the sound of my own voice’ and hearing that over and over again can also really start to make you quite critical of yourself in the same way.

It could even be that everytime a specific person came over to your house to visit that there was a frantic lead up to have the house clean and spotless, the house had to look a certain way otherwise it was embarrassing - and that formed a belief inside of you…

Or it could be something bigger like every time you achieved certain results at school or in sports and you were treated a certain way by someone that you were never really treated otherwise and it really enforced in you that unless you achieved this incredible results then you weren’t worthy of any praise and nothing else was good enough.

This fear of not being enough, good enough, smart enough, talented enough, whatever that looks like for you and however it shows up....

Could be you’re afraid to make a fool of yourself or you think that by doing something you’re going to look like a fool - even though lets be honest you probably aren’t, so you think you’ll end up embarrassing yourself, you don’t want that old colleague to see it, you think you suck on video, whatever that looks like

This fear will often show up differently for different people,

So for example for you, you might have a fear around being on video, so we don’t want to show our face on camera because you’ve told yourself that you’re not good on camera,

Or maybe you don’t want to start that Podcast because you’re telling yourself you don’t have the voice for it or you just hate the sound of your own voice,

Whatever it is, if we dig deeper, we usually find that the issue isn’t that you don’t like video or you don’t have the voice for podcasting, underlying it is more so often a fear of being visible, the fear of judgement, the fear to be seen trying your hand at something different, at something new, something no one in your family or friendship circle has maybe done before - and then if we dig even deeper than that, so often out comes the fear of not being enough…

And we worry and stress about someone seeing what we’re doing, the things we’re creating and having them actually tell us that we suck and we’re too ugly for camera and we clearly have no idea what we’re doing - validating everything we already believe to be true about ourselves,

And the crazy thing is, for most of you listening right now, me included, you’ve never been told any of these things - we’re worrying about something that ‘might’ happen and we make it all about us and lose sight of the reason we went into business in the first place and the impact we wanted to create

And we get stuck in this fear that just feels heavy and shit and it stops is from being the action takers that we need to be to create the business that we want.

So firstly, let me just remind you, that if this is you, you are not alone and there are so many more people out there who are experiencing the exact same thing as you, and to be completely honest, me too.

This fear of imperfection often hides itself in other other ways, and can also show up in things like:

Compare yourself to others in way that puts you down -

You procrastinate, you busy yourself with other things so you don’t have to do the things that bring out that fear in you.

And you probably look externally for validation or approval - you measure your worth on the amount of likes, downloads, compliments you receive.

And I promise you, once you start taking the small steps towards what you want, once you start building momentum and you can feel that fear getting slightly less and less, the more excited and motivated you’re going to feel

And so, 4 tips to overcoming the fear of imperfection….

Tip #1 - Accept and acknowledge yourself and where you’re at - a bit of self coaching really.

Set intentions for yourself that allow you to move forward, write down your strengths and focus on how you can, will and are helping others. If you had to be kind to yourself what would you say? What would you say to a friend who had just confessed that they feel the same as you do and you were amazed they felt that way.

Like, you cannot understand why they don’t feel smart enough because you think they’re incredible and honestly you’re just shocked they feel this way… What would you say to her? How would you help her move forward?

Tip #2 - Stop comparing yourself to strangers on the internet.

Comparing yourself to others is one of the easiest ways to put yourself into some kind of self doubt, shame spiral - honestly just one of the quickest way to make yourself feel like shit really.

In the past this one for me has been one of the quickest and easiest ways to bring myself down and I know this has been the case for a number of my clients also.

It doesn’t matter if they started before or after you, if they have more followers, are making more money or have a nicer instagram feed than you - you just need to stop comparing yourself and focus on your own path,

Whats next for you, what’s your next move, how do you move forward, what content are you going to create.

If you’re on IG I’d suggest you either mute anyone you really find yourself comparing yourself too, if you’ve frequented their IG page a number of time the algorithm will continue to serve up their content to you as a priority as you’re always in their account so remove the temptation to compare and mute them.

Tip #3 - Build your self trust and start following through.

If you said you were going to post to IG 3 x this week then do it - schedule in the time to create the content, 3 posts should take you no more than 1 hour to create. If it helps you create them all at once and then schedule them in using an app like planoly or later, or you can use FB creator studio and make this happen.

Knowing that you’ve got a certain amount of time to create will help you get through creating the content without spending a heap of time procrastinating on it and scheduling will also really help you remove that barrier to getting it out - once it’s scheduled you walk away and let it fo its thing.

Tip #4 - Celebrate your wins and focus on what you did achieve.

By focusing on the positive and what we did achieve we’re allowing ourselves to really hone in on what we did do and really feel into that - how great did getting all that content out feel? How amazing was it that you did that video and you had 4 people reply?

No one told you your content sucked, in fact a bunch of people told you that they liked it by hitting the ‘like’ button - and now it’s time to build on what you did achieve, focus on all of the positive things, celebrate yourself and move into next week with that feeling.

And my last little tip although it wasn’t one of the official ones is to find a support system, can you work with a coach, join a group program is there someone in your network you can speak with? Someone you can bounce ideas off - it is always nice to have someone to chat with when you’re feeling unsure.

Tips for helping you when you’re stuck dealing with the fear of imperfection, that fear of not being enough - be it good enough, smart enough, talented enough….

Book in a 1:1 single session with me here.

Find me on social media 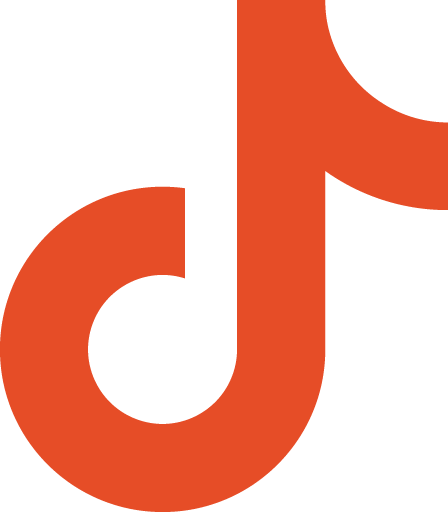 « Episode 8: Marketing your online business in 2021
Episode 10: Your Marketing Strategy won't work without this... »

How frickin awesome would it feel to walk into 202

Translation: People are waiting to shop the Black

I want this to be a positive and empowering space.

Why not?! Because biz besties make the world go ro

We acknowledge the Wiradjuri, Waveroo and Dhudhuroa people as the traditional owners of the land where we live, learn, create and work. We pay our respect to Elders past, present and emerging.